Some parts of the world already celebrated their New Year and we will also do the same in over an hour now. 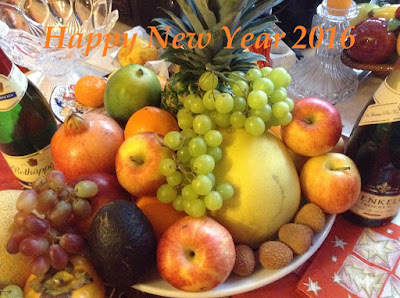 "A new year is like a blank book, the pen is in your hands,
It is your chance to write a beautiful story for yourself,
Happy New Year 2016."

Facing another year in our lives, I wish everyone a blessed and happy New Year 2016 full of hope, love, inspiration and most especially peace in all corners of this planet to prevail!

To my family and friends near and far,  I wish you all good health always, happiness, peace of mind, contentment, more blessings to come and may all your wishes and dreams slowly coming true!


HAVE A HAPPY, BLISSFUL AND WONDERFUL NEW YEAR  2014 TO ALL!
CHEERS AND GO BLESS US ALL! 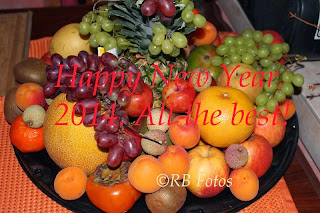 I also would to share this very inspiring words I received from my inbox. Thanks to Kyregma for sharing it.

The celebration of New Year’s Eve is filled with tradition. People wear polkadots, serve 12 kinds of round fruits on their tables and light firecrackers to usher in prosperity and drive evil spirits away. The traditions have a more commendable side to it— it makes the evening colorful, it brings families together in emotional reunions and many other good things.

May I suggest an additional good thing to add to our traditions? May I propose that we dedicate the first hour of the year to worship and prophecy?

At the stroke of midnight, my household would worship and raise our voices to honor God in an attempt to drown the “noise” of the world. Instead of driving away spirits, we invite the Holy Spirit to join us in thanking God. Then we open our Bibles and receive a verse as a guide for the New Year, even as we consult Scripture again and again throughout the year.

This additional tradition has brought me closer to God’s Word and has taught me to be guided by it. It makes my every day a New Year’s Day — a celebration of the Word! Rolly España."
By Admin - December 31, 2013 No comments:

2011 has been a blessed and amazing year for me.
Everything was almost perfect...
my life, my family and all the people I met along the way...
the priceless and unforgettable experiences I've been through..
and all the wonderful things that happened this year.
Before 2012 comes
I would like to thank my family, friends, relatives
and anyone I met along the way..
and most of all, I would like to thank the Lord for everything
that He had given me this year.
Most especially thank you Lord for the gift of life,
the gift of nature, my faculties and abilities, all the opportunities...
There are just a lot of things to be thankful of.

I WISH EVERYONE
A HAPPY AND MORE PROSPEROUS
NEW YEAR 2012!!
Good health always, love, peace and happiness
are all my wishes to all!
GOD BLESS US! 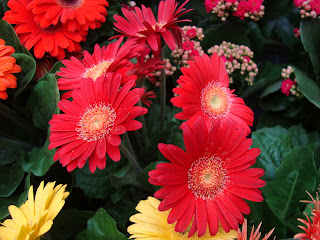 "It Depends on Us... Another year lies before us like an unwritten page, an unspent coin, an unwalked road. How the pages will read, what treasures will be gained in exchange for time, or what we find alone the way, will largely depend on us."

I want to award this food as the most beautifully decorated one. A fruit salad prepared by Ritchel. I guess this is her specialty now!! It was really yummy that I took home a lot..lol!! thanks for preparing it Ritc!! next time make it double..para mas marami ang BH...hehehe!!
Guten Abend!! a German word which means "good evening". I hope you had a great welcome for the New year! Yes we do! especially that tons of food were prepared again last New Year Day's party. Good friends gathered together to celebrate and to welcome 2009. As usual, Filipino, American and German friends were present during the wonderful and lovely party. What do you think if you see these delicious and superb food!! American specialties as well as Filipino and German delicacies were cooked and prepared to welcome the bountiful and prosperous New Year! Thanks to great friends who were present during the celebration. Special thanks to Ritchel and hubby for hosting again the party. An appreciation to Danna and hubby for sharing their special delicacies

A champagne was also toasted by everyone. Different drinks, wines, fruit punch, beer and even my long last favorite nine years ago, tequila was also shot!! I guess the ladies were tipsy after drinking a shot!! But it was truly a great fun!! thanks also to the singer/entertainer of the night named Lucil..and to everyone who contributed to the success of the New Years party, a great appreciation to all of us!! visit my other sites for more updates and photos!! here they are;
The WWW Addict, Euroangel Graffiti, Daily Nourishment and my other sites too!!

I'm not sure if I forgot some recipes here..leave your comment guys if ever I forgot something..thanks in advance!!

Again I am wishing each and everyone success for this year, good health always and more blessings to come!! Have a Happy and Bountiful New Year to all!!

A Philippine specialty called adobo, prepared by yours truly..love this food especially back home..
Ritchel's hubby's family specialty recipe, the pumpkin cake which is written in their family's cookbook..I was surprised to see their cookbook...amazing work!!.. My husband love this too that I have to take home three slices last time!! wanna try one?? wink!!
The yummy Embutido prepared by Danna and hubby....I ate a lot of this since it has been a long time I haven't eat this... I guess I want to try this recipe next time..the look shows that this really taste good!! great job Danna!

Another Philippine Delicacy, pancit canton dressed with lots of vegetables and shrimps...Maria's favorite especially during her pregnancy..cooked by me!!
The most presentable food, Ham decorated with pineapple and cherries..courtesy of Ritchel and hubby..yummy again!! need some slices?
Jason's yummy food..this photo looks delicious..how much more if you eat!! love those vegetables..it's good for the body!!
the beautiful and lovely ladies taking a pose in front of the table..only the girls these time..the boys don't seems to be included...ooppsss..look at that handsome baby!! the star of the party!! wink!! That's Maria very cute baby boy!!

sorry again guys..don't know what comes to my mind that I always forgot to get the cover of those foods...guess, i forgot it everytime I see the other yummy foods!! these are the delicious foods during the party..

Don't forget to visit my other sites for more food photos and updates!! Cheers to all of us for a blessed and more successful 2009!!
By Euroangel - January 03, 2009 6 comments:

This is quite cool. How about women from different countries? would you do the same? I don't have problem with this one because my husband don't burn money with fireworks. Think about it now!! Do you think it is the best solution? happy New year in advance!!

NAPLES, Italy (UPI) -- A group of more than 40 women in Naples, Italy, said they will withhold sex if their husbands or boyfriends set off fireworks during the holiday season.

Dr. Vincenzo Sorrentino said the idea for the committee of women pledging to withhold sex came after years of injuries and deaths resulting from Christmastime fireworks, ANSA reported Friday.

"We've tried everything to stop the mayhem caused by fireworks but we've never reached the results we hoped for," Sorrentino said. "We decided to get women involved because they are more convincing and they always achieve their goals."

Carolina Staiano, 42, the head of the women's committee, said her own father was seriously injured years ago by exploding fireworks.

"So far we've had more than 30 women join up and we're hoping for more," she said Friday. "We're fed up with these stupid annual massacres. This time they're just going to have to choose: sex or fireworks."

Eight is the number of new beginnings. Each eight days a new week begins. No matter what mess-ups are on your credit record,in the eighth year it is wiped clean. For any unprosecuted crime except murder, in the eighthyear it passes the seven year statue of limitations and youcannot be tried for it. Each four times seven, (28 days) new life is prepared for in awoman's body. This year is a new beginning for YOU, for all of us. adapted from mountainwings
By Euroangel - January 02, 2008 No comments:

Email ThisBlogThis!Share to TwitterShare to FacebookShare to Pinterest
Labels: any topic, New Year

The German New Years Customs are not all that different then elsewhere in the Western world, but there are a few variances that make a German New Year's Eve delightful regardless of where in Germany you are.

Hope everyone had a great time last night celebrating New year!!!
By Euroangel - January 01, 2008 No comments:

We just had a great time last night celebrating New Year. Spending it with friends was also very great. My friend prepared a lot of food. We watched the fireworks last night too even it was cold outside. My friend's neighbor displayed a lot of fireworks which entertained us. We also made videoke singing while drinking red wine. I will try to post the pictures next time once I go back home..

Today we also went a little bit walking around the the village where my friend live. It was very peaceful, so I guess the people are still sleeping being tired from last night's celebration. I won't stay too long here. Wishing you again a great New Year. Hope you got some fun too!!!
By Euroangel - January 01, 2008 No comments:

I mentioned in my previous blog that I will be away to visit friends in Ktown. Yesterday we arrived here in Ktown safely and soundly. I thanked the Lord for bringing us safe to our friends' house. We had fun yesterday seeing again our friends here in Kaiserslautern.

This is my first time spending New Year away from my husband. But even though I spend it away from him, of course he is still in my thoughts. I am just thankful that my husband is not strict allowing me to go anywhere I want. In short, he is a very understanding and kind person whom I am always proud of.

Again and Again, I wish everyone a Wonderful New year always full of love, more blessings, peace, happiness and good health always for the year 2008.
By Euroangel - December 31, 2007 No comments:

The festive season is upon us, and whether you're enjoying your holiday in the snow or sand, I would like to take this opportunity to thank everyone for all you friendship and wish you and your family a holiday that will be filled to the brim with special memories and excitement for 2008.

A VERY HAPPY, EXCITING AND BLESSED
NEW YEAR TO ONE AND ALL!!!
By Euroangel - December 31, 2007 No comments: