View from The Airplane Window

I just selected randomly an image in my picture albums. I landed in this photo which was taken in Munich International Airport. Last December 2011, we boarded Iberia Airways going to Madrid, Spain. It was my first visit to Spain's capital city. For some reason that we never knew, Iberia was late that time. I think almost an hour late. At least we arrived safe to our destination and we also came back home safe with a lot of travel experiences during that 8-days holiday. We visited different places in Spain especially in the Andalusia region. I wish to visit that country in the future. 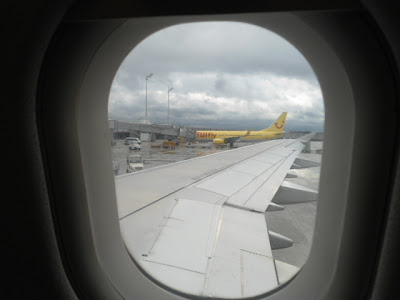