This Nude Woman Statue in front of Birmingham's Council House

It is almost four years now since I visited England. One of the cities showed to me by a friend was Birmingham. I guess I see almost all of the sights in this city. Thanks to a good friend who toured me there.

What caught my attention during our visit in Victoria Square was this nude woman sculpture. It is actually located in front of Birmingham's Council House. This garganuan nude woman is located on the the top pool of the fountain. This sculpture was made by Dhruva Mistry RA in 1993 and is made of bronze.

This is one of the beautiful mosques we visited in Turkey. The Ulu Camii Mosque, also called as Bursa Grand Mosque in Bursa, Turkey was built in the Seljuk style. It was ordered by the Ottoman Sultan Bayezid I and edificed between 1396 and 1400. The mosque has 20 domes and 2 minarets.

Our tour guide who is a Turkish told us that entrances to most of the Mosques in Turkey are free of charge. He added that sometimes, they charge entrances to Christian people. I never see security or people who are watching the mosque entrance using garretts metal detectors. I heard that some people are afraid when visiting Turkey due to security reason. For me, our trip was quite fine and in order. There were even a lot of tourists especially in Istanbul during our visit there. 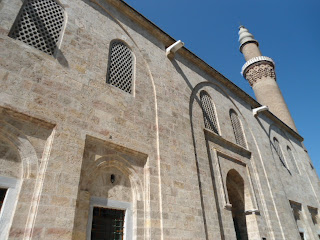 One of the minarets of the Ulu Camii Mosque in Bursa. Taken during our visit last September 2011.
Ulu Cami is the largest mosque in Bursa and a landmark of early Ottoman architecture, which carried many elements from the Seljuk architecture. Ordered by Sultan Bayezid I, the mosque was designed and built by architect Ali Neccar in 1396–1400. It is a large and rectangular building, with a total of twenty domes that are arranged in four rows of five, and are supported by twelve columns. Supposedly the twenty domes were built instead of the twenty separate mosques which Sultan Bayezid I had promised for winning the Battle of Nicopolis in 1396. The mosque has two minarets. 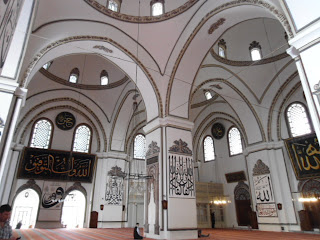 the beautiful interior of the mosque. You can find various Calligraphy on the walls.
By Admin - October 13, 2011 No comments:

The World Inside Caesars Palace Hotel in Las Vegas, Nevada

I am showing for the first time My World in Las Vegas. This picture was taken by me last May 2008 during my vacation in Las Vegas. This is the Spiral escalators at Caesars Palace, Las Vegas, Nevada, United States. I just love the monuments and architecture inside this hotel. That is also the reason why I spent most of my time inside this hotel dining, shopping, playing games sometimes and yes I was able to watch the Red Piano Concert of Elton John at the Colosseum in Caesars Palace. That was a very interesting show! I love it! 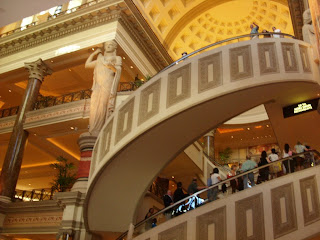 This blog is joining for the first time this meme. Feel free to visit My World Tuesday for more photos around the world. Special thanks to MWT Team for this fantastic meme of seeing different places and faces of the world!
By Euroangel - April 27, 2010 2 comments:

The Fountain in Manila Cathedral, Philippines

This fountain in front of Manila Cathedral has a bronze monument of Spain's Carlos IV which is said to be erected in 1824. This fountain is located in the formerly called Plaza mayor but since 1961, it is named Plaza de Roma honor the Sacred College of Cardinals in Rome following the elevation of the first Filipino cardinal, Rufino J. Santos.

This was taken during my vacation in the Philippines last January 2010. 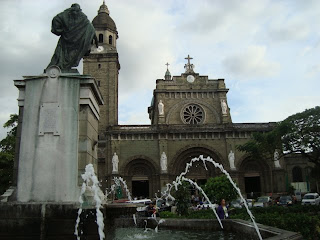 For more images of these memes, feel free to visit and join Wordless, Watery, Wordful and Outdoor Wednesday. Thanks to the Authors of these sites for hosting these wonderful memes. Happy WW day!
By Euroangel - April 15, 2010 1 comment:

My Friend Got a Red Scarf in Passau

It's time to share something with red again. My friend was wearing a white and red scarf here during our visit to Passau, a city in Bavaria, Germany last weekend. This picture was taken in the Residence Square in Passau. You can also see the fountain in our background. That was a memorable trip last weekend. I am also happy to see good friends once again.

Feel free to visit this beautiful meme to see red of all kinds! Thanks to Mary for hosting this meme! Happy RT day!
By Euroangel - November 10, 2009 1 comment:

I have been one time in this very magnificent capital city of Austria, Vienna. I just love this place and hope to be back there next time!! sharing to you some of my photos and a little of its history. 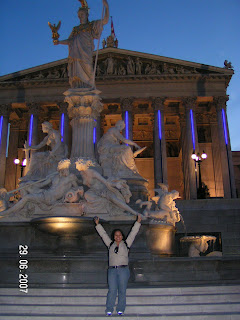 in front of the Parliament, Vienna..lots of amazing monuments here 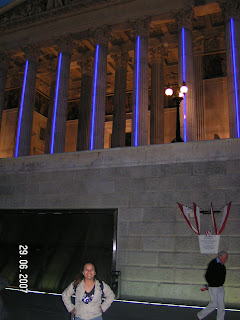 still in Parliament building.. it's very nice here in the night.. 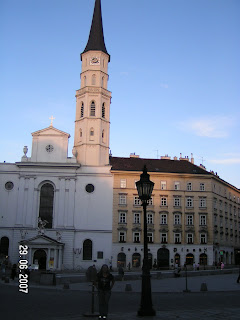 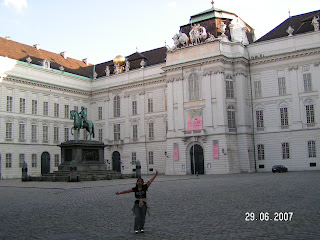 Heldenplatz Square - dedicated to the victory over Napoleon 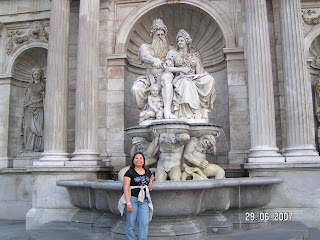 in front of Albertina, an opera house in Vienna
In 15 BC Vienna became Roman, and the city was called "Vindobona". During the Middle Ages, Vienna was the capital of the Babenberg Dynasty. In 1440 the Habsburg Dynasty took the power, and Vienna became their residence. The Ottoman-Turkish invasions of Europe in the 1529 and 1683 were stopped twice just outside Vienna.

The heart and historical city of Vienna, the Innere Stadt (Inner City), was once surrounded by a mighty city wall. The wall was removed in 1857, and the new space was used for a street around Vienna, todays "Ringstrasse". Imposing buildings, monuments and parks were created along this Ringstrasse, such as Rathaus (town hall), the Burgtheater, the University, the Parliament, and the State Opera.

Vienna is famous for its many parks. Some of these parks include monuments, such as the Stadtpark and Belvedere Park with its baroque-style castle. The principal park of Vienna is the Prater, which is situated on an island formed by the Danube River and the canal. Schönbrunn, the beautiful Imperial Summer Palace, includes an 18th century park and the world's oldest zoo (1752).
By Euroangel - March 04, 2008 2 comments: